Kiddie Talkies – Explore this World through my Eyes 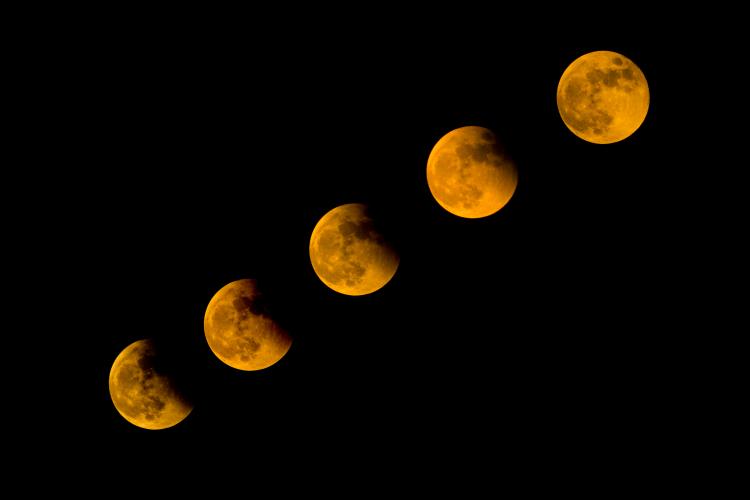 Picture Credit: Time and Date.com
My granny tells me that there is a demon by name Rahu and he is a very naughty boy it seems. And he doesn’t have the body below the neck. This naughty boy always tries to eat away the entire moon when ever the moon comes closer to Earth. But since he doesn’t have the body below the neck, he can’t digest the moon, so he would spit it after a while by coughing. And this boy eating and spitting out the moon is called #Lunar Eclipse.
But do you know the secret, its not true…because, did you guys ever saw a boy with only head and no body. How can that boy survive without eating anything. So I don’t believe this story. But at times I feel that this story is also true as my friend Hanuman tried eating Sun right. So there might be another boy like Hanuman as well. What say folks?
My Mom and Dad tells me that when ever the Sun, Earth and Moon comes in a straight line and when the Earth’s shadow falls on Moon then we would get an eclipse. But I have my own doubts on this theory as well. When Moon and Earth are going round and round, how can they come in a single line and stay like that for some time.
So hearing all this and thinking deeply, I had come up with my own story. Want to know what it is?
So here it comes.
Moon is like a big bigger Torch Light hanging in the sky. So as the batteries in the torchlight get over, the torchlight becomes dark and no light comes out of it right. Just like that on the Eclipse day, the Moon’s batteries are being replaced. So once the new batteries have been put into Moon, the Moon would shine brighter again. So in my point of view this is the real story of #Lunar Eclipse. This story makes more sense when compared to a small boy eating the moon and the moon coming into a straight line with earth right?
So now, my questions to you are as follows:
1) Who is holding the moon torch light in the sky and for whom?
2) How many batteries does the moon torch light require? and How big are those batteries?